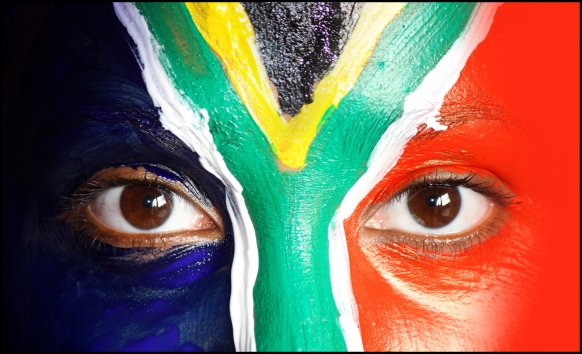 SOUTH AFRICA
Beautiful. Unique. Diverse. Exotic. All of these and more sum up what a backpacking trip through South Africa can encompass. Here are some tips and facts that can get you started on your trip through arguably one of the best locations for backpackers.

Transportation – there are numerous options in South Africa for travelers, ranging from cars to buses to trains. Unfortunately, the train is not always the safest or most efficient means of traveling, so below are the more preferred options for backpackers. –Greyhound & Baz Buses: there are greyhound bus routes running between major South African cities, as well as Baz Buses. Baz is a cost-efficient bus system catered to backpackers, running between large cities and the various lodging locations in the area.
–Rental Car: probably the best means of travel around South Africa, as it allows a lot more
flexibility than the bus options mentioned above. Car rentals can be very very cheap in this country, especially if you only need a small car for your travels, and the fees often include built-in insurance.

Lodging – South Africa is home to numerous housing options, from higher-end hotels to inexpensive hostels. The most popular option for backpackers are these hostel environments described below, as they allow them to save money while also getting to meet a host of new people during their travels. –Backpackers: backpackers (the SA term for hostel) are budget accommodation centers. They are generally converted houses, ranging from small to large, and contain shared bathrooms, a communal kitchen area, and a bar/restaurant. They are very affordable, with a double room costing anywhere from $30-$50 per night, and most offer free breakfast to their visitors. It is important to mention that you should reserve rooms in advance so as to make sure you have a place to stay.

Sites/Activities – There is honestly anything and everything to do here. Whether you prefer exploring cultural museums and historic sites, the bright and sunny beach atmosphere, or the adventurous aspects of travel, South Africa has a wealth of options that may appeal to you. Below some major attractions are highlighted.

–National Parks: Kruger National Park is the most famous national park in the area, and although crowded most of the time, is a great option for those interested in seeing the wildlife of the area. For some less popularized parks, look into places like Addo National Park, Umfolozi National Park, or St. Lucia Wetlands. These areas even offer you the option to do a drive-thru safari. Major tour companies often overcharge non-locals to go to these places, so look into smaller businesses in the tourism industry that can offer better rates. –Hiking & Biking: a common place to hike is on Table Mountain, as well as those who hike/bike along the long coastline that South Africa offers. The various national parks mentioned above are also areas frequented by those interested in hiking and/or biking as a way to explore the wilderness.

–Beaches & Surfing: hosting some of the greatest surfing spots in the world, South Africa is a surfer’s paradise. From Jeffrey’s Bay to Cape Town’s waves, these places provide a good range of difficulty levels for those surfing backpackers. Beyond this, other water sports are frequent, like windsurfing and water-skiing, all of which are enhanced further by the beauty of the beaches.

–Wine & Dine: as one of the largest wine exporters in the world, it goes without saying that South Africa has a diverse
and well-established food and drink scene. There are wineries all around the country, most of which are scenic and affordable (if not free). Because of South Africa’s diverse population base, a variety of cuisine types are offered in villages and cities, allowing visitors thorough means for exploration. I’d recommend asking the employees at your lodging for suggestions in the area, as locals tend to know the best and most authentic places.

–Cities: South Africa has three major cities, all of which have their own unique sites and scenes for tourists to explore.

Pretoria
The administrative capital of South Africa, Pretoria hosts most of the world’s embassies. With several major universities calling it home as well, Pretoria is known for its thriving alternative music and arts scene.
The city’s center houses the Palace of Justice (where Mandela was tried) and the National Museum of Culture among many other museum attractions. Heroes’ Acre, the burial grounds for important figures in South African culture, resides close by as well. Large outdoor markets are held every Sunday, and drive-in movies are a well-known fun activity for tourists and locals alike. Cape Town
Featuring a colorful population and cosmopolitan energy, Cape Town is one of the most well-known cities to go backpacking in. Being flanked by pretty oceans as well as impressive peaks, this city offers something exciting for just about anyone.
As mentioned, access to the ocean is a huge asset to those visiting Cape Town, who frequent Camps Bay, Gordons Bay, and Hout Bay, all of which have gorgeous beaches and clear water, as well as great underwater wildlife to scope out. The city center has an impressive array of funky bars and unique restaurants to try, as well as the National Gallery, Planetarium, and the Kirstenbosch Gardens. Durban
The third largest city in South Africa, Durban sits along the always-warm Indian Ocean, allowing for year-round swimming and surfing. A true mix of cultures, the character of Durban is truly unique, from its architecture to its demographic make-up.
As mentioned above, the warm waters of Durban allow for fabulous beach conditions, as visitors love to swim and sun along Durban’s coast, and seeing many a cute dolphin throughout their time there. For a unique experience, go and visit the “Big Rush Big Swing” in Durban’s Moses Mabhida Stadium, the world’s largest and only stadium swing. The Aquarium is a popular site to visit, especially during shark feeding time, as well as the various museums in the city center. The Victoria Street Market allows visitors to nab deals on locally crafted items as well as try some of the local culinary specialty, curry.

Hopefully these tips get you prepared for your travels to South Africa. Enjoy your time there — and enjoy knowing that everyone is immensely jealous of you for going there.